Road Tripping, Day 7: More Chicago and We Are Off

Posted on September 10, 2016 by dontfearthevegan

I’m writing this as I sit in the passenger seat headed west for our next destination. It’s the first time other than a small stretch on the way to Utah that I haven’t been the one behind the wheel. When I had originally brought up the road trip to Chicago idea Phillip thought it sounded crazy so I told him not to worry because I would take care of the driving. We ended up leaving Chicago at 10PM last night and I drove the first eight hours. My eyes needed a break so he offered to take over.

We packed as much as we could in our last day in Chicago. We started the day of with an Architecture boat tour along the Chicago River where even my native husband learned some history about his favorite city.

As we exited the boat we realized we were hungry and found a really great salad bar to eat lunch at. Weirdly, I have really missed salad bars since living in the Pacific Northwest so I was super excited! 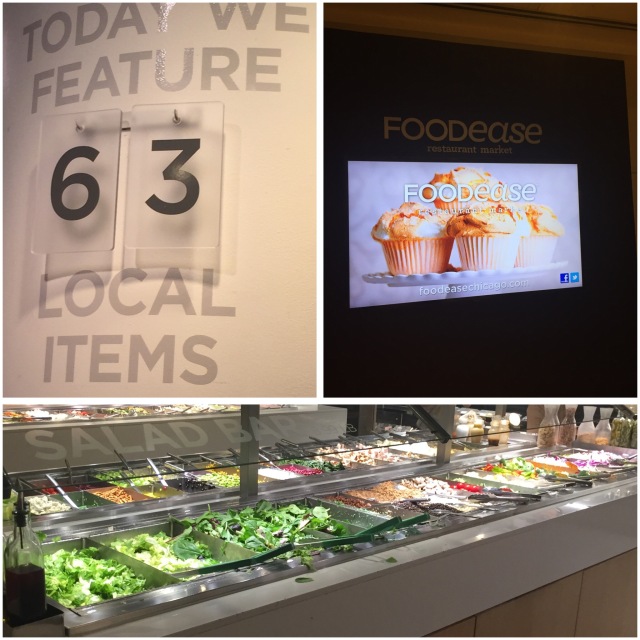 After filling our bellies we decided to try out some retail therapy. I had this vision in my head that there would be unique clothing designers or boutiques, saddened by the fact that we were seeing the same names as other fashion districts. I was also surprised how many places had fur in the window.

We did run into a couple of cool stores. The first one was the Dr. Seuss store which was like a museum with lots of prints of his paintings and remakes of his sculptures. The other store we liked was a jewelry store called Pistachios where I bought a bracelet by artist Eric Silva. It’s all silver, the lighting just made the one piece looks gold.

Phillip also came across an original piece from the movie Men In Black but refrained from purchasing it,

We ended up walking seven miles and called it a day when the sun went down. Before leaving though we made one more food stop at a place called the Pick Me Up Cafe which was our favorite food stop in Chicago. It’s not all vegan but had lots of vegan options. Aside from the jalapeño poppers that we just had to try we all opted for breakfast items, including vegan Benedict, pancakes and a scramble. Our server Taylor was awesome!! 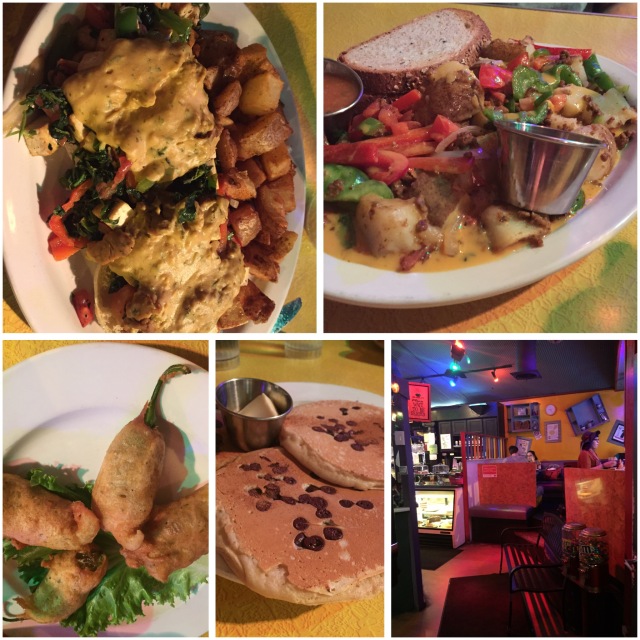 It is super easy being vegan in Chicago!

I will say goodbye now so I don’t miss anymore of the corn field scenery.

Check out our adventure starting from the beginning here.

2 Responses to Road Tripping, Day 7: More Chicago and We Are Off