Those of you who have been around for awhile might remember that years ago we attempted to start a seitan company featuring our vegan bacon. The reason I am telling you this is to let you know we have the flavor of bacon down. I incorporated my marinade for the seitan bacon into this recipe and it worked splendidly.

I have been wanting to try rice paper bacon for awhile and finally did it. It is unbelievably easy, takes little time, and is inexpensive. Plus, it is the closest thing in texture and taste to the real thing I have tried. The downside is there is not nearly as much nutritional value as tofu or tempeh bacon.

How many times have you heard people say they can’t give up their bacon? The coolest part is that we were feeding my omnivore son and his family and they loved it. I wish I would have gotten a picture of him trying it, he was in shock at how similar it was. He said that if he didn’t know his vegan mom made it he would have thought it was real.

On that note, if you never liked bacon you probably won’t care for it. I found it a little salty but am told real bacon is salty. I made a batch where I cut the tamari down to three tablespoons and didn’t like the flavor as much.

So you will need rice paper sheets which you can find at Asian markets or Cost Plus World Market. 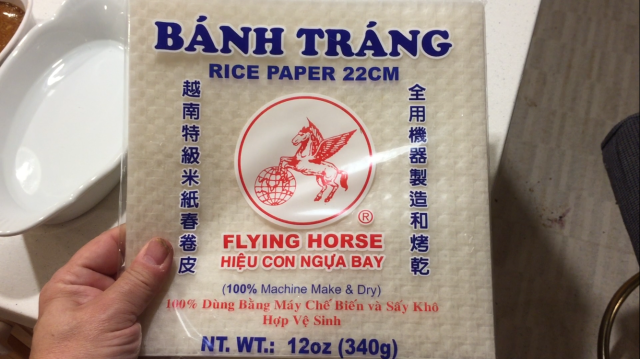 Mix all of theses together in something that you can dip the rice paper in. ​

​
Once you have your marinade ready, heat up a pan with oil to medium. I used olive oil, about 2 tbsp to start, adding more as needed.

Cut rice paper into strips. I made different sizes but think a 1/2 inch thick worked best for even cooking. You also need a bowl of water to dip strips in.

You will need two strips for each piece of bacon. Double them up and dip in water. Then dip in the marinade. Once they have been dipped in the marinade place in your prepared pan. Lower heat to setting just below medium.

​​
Fry for about 5 minutes on both sides. I used tongs to gently flip them over. The paper is thin and wants to fold. They should be brown and somewhat crispy. They get darker and crispier as they cool. When done frying place on a paper towel and let them cool. Please resist temptation and don’t try it immediately like I did. It burned my mouth!

​​
I can’t tell you how long it will keep because it all got eaten. I also can’t tell you how many sheets of rice paper you will use because we lost count. I made them until the marinade was gone and we still have plenty of paper left for more. One batch of marinade should give you enough bacon to make two hearty BLT’s. Go ahead and make a double batch. You will want extra!!

In case you are wondering how to bake it: 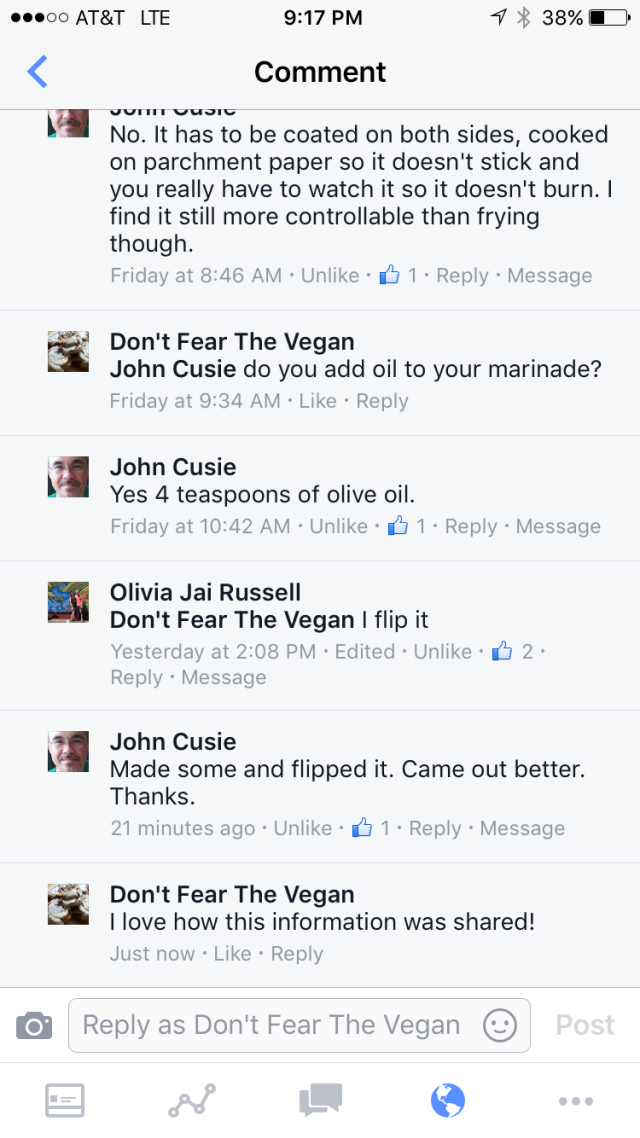