Posted on September 6, 2016 by dontfearthevegan

Okay, I will admit, today the first part of our trip was tricky to wing as far as food goes. Granted, had we planned ahead we could have easily stopped at Trader Joe’s or Whole Foods the evening before and bought food for the first leg of the journey but we are really attempting to see how difficult it is to be vegan.

We drove five hundred and forty-seven miles today and the first two hundred and fifty miles looked like the picture below with the occasional cow ranch added in to turn our stomachs. 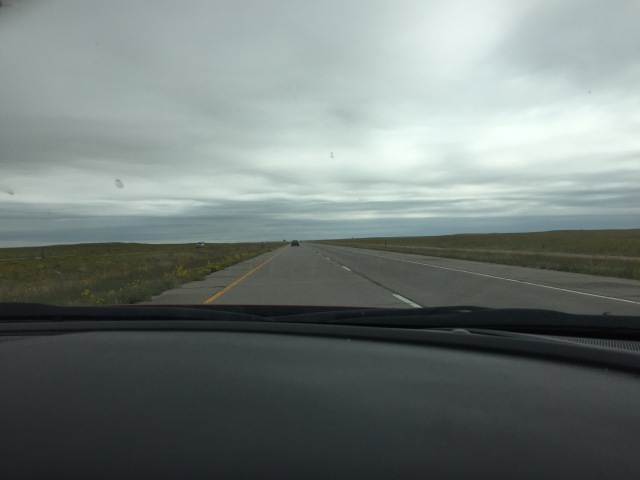 A hundred miles in we settled for a Naked smoothie, which wasn’t half bad.

When it got closer to lunch time we settled for veggie sandwiches without cheese at Subway. By this time we were so hungry I forgot to get a picture. It really wasn’t that exciting.

While on highway 80 in Nebraska we came across Great Platte River Road Archway Monument. We had no idea what it was at the time so we decided to take a picture and investigate later. From what we understand it’s museum that talks about the history of transportation starting in this area.

We were happy to make it to our resting spot for the night. The view from our room was beautiful!

We were also just in time to see the sun going down.

But really, we only came to Omaha for one reason. A few weeks ago while planning our trip I asked our Facebook page where there was to eat in Des Moines, Iowa or Omaha. More than one person including my friends Doh and Sarra mentioned Modern Love in Omaha. I learned that it is owned by the popular Post Punk Kitchen creator Isa Chandra Moskowitz, whose recipes made going vegan so much easier! We decided it would be a great place to stop.

Enough of how we got the idea to go. Now let’s talk food. Amazing food!!! And drinks!

Anzia ordered the Handmade Orange Cream Soda and I had the Tropical Guava Wine Spritzer. Phillip went for the ever popular H2O.

We started the meal off with Chantrelle Mushrooms in Chimichurri Sauce. The sauce was incredible and paired fantastically with the mushrooms. 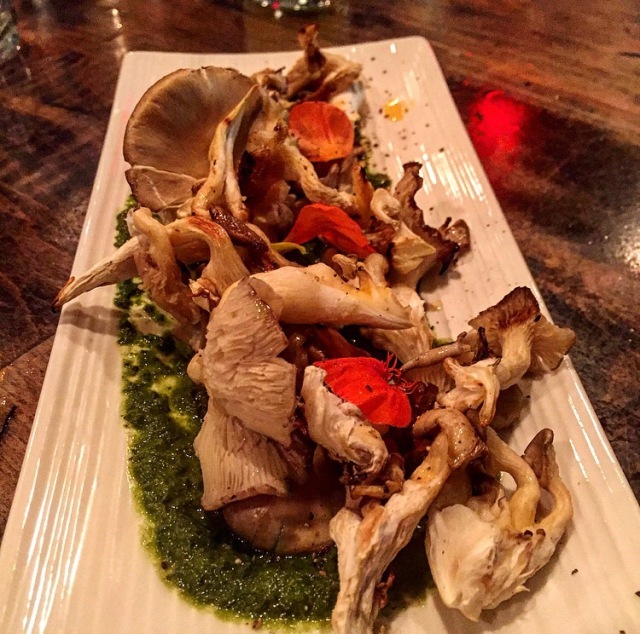 We ordered three different entrees and decided to do family style. The portions were huge and we would have been fine with two. Here is what we had:

Mac & Shews – the Mac was one of the better ones we have tasted. The tofu cutlets were delicious and we even liked the kale which is not normally something we consider to be more than garnish. 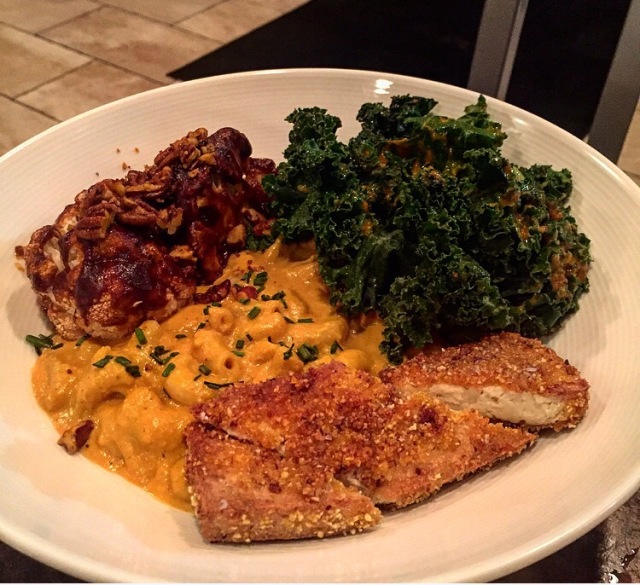 Farmer’s Market Shepherd’s Pie – total comfort food. Perfectly made mash potatoes with a hearty lentil inside. Oh yeah, Anzia claimed the cauliflower steak for herself because it was so good!

Pesto Gnocchi with Asparagus – the pesto was perfectly balanced and the gnocchi had a great texture which aren’t always the case. They also didn’t skimp on the pine nuts. This was Phillip and my favorite of the evening. Anzia initially wasn’t going to try it due to her hatred of asparagus but she kept going back for more gnocchi.

Luckily for Anzia she is in the middle of a growing spurt and had room for a Sunday which included house made peanut butter ice cream and a peanut butter caramel sauce. Phillip and I were able to sample a bit of its heavinliness before Anzia devoured it.

To make the special night complete Anzia got a t-shirt.

Even though the start was a little rough we didn’t starve and we celebrated our veganism with an amazing meal! Thanks to Dustin our server at Mondern Love for his great service and his recommendations for Chicago!

It’s hard to be vegan-o