Vegan Kids Growing Up To Be Vegan Adults – What’s Your Experience?

Posted on February 18, 2015 by dontfearthevegan 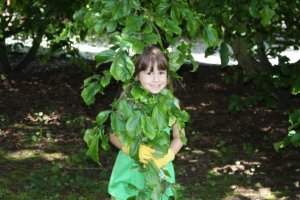 Recently, I have had the opportunity to meet a young adult who was raised vegan but now partakes in consuming dairy and eggs. His mom was and still is a vegan activist. This young adult knows I am vegan and confides in me that he is trying hard but is really addicted to dairy, in particular yogurt.  When he talks about it you can tell he has a sense of guilt, much like when you speak with someone who was raised very religious and they try to explain why they haven’t made it to church.

I would like to make it very clear that I am not writing this to bash this person.  I am simply trying to figure out how often this is the scenario for children raised vegan and what causes them to stray or to change the only life-style they know, once they are on their own.

We have taken a very open-minded approach about our vegan life in regards to raising our child, never wanting it to feel like it was forced.  Honestly, our daughter Anzia has always been strict by choice. When she was three we were at a BBQ and all the kids were roasting marshmallows. She presented us with a marshmallow and asked first if it had dairy in it because she is allergic. We told her no. She then asked if they were vegan and when we told her no she wanted to know why.  We then gave her a simple response to what gelatin was and she handed the marshmallow back and said, “no thanks.” That has pretty much how it has been since with everything new she considers eating.

Of course I would like to think that this approach will continue into adulthood but there is no way to really know. I would love to hear about the experiences of others. Have you raised a vegan child that is now an adult and are they still vegan? If you were raised vegan did you ever stray as an adult, switch completely or did you stay vegan without second thoughts? Is there something you would recommend to parents who are raising the vegans of the future do based on your experiences?