Posted on December 26, 2015 by dontfearthevegan

Here at Don’t Fear the Vegan we are hoping everyone is having a nice holiday season!
I had very little extra time, which I think is the case for many this time of year, but had to come up with an appetizer that would feed mostly people not from our vegan tribe. Stuffed mushrooms are a fairly easy thing to make and even the most anti-vegan food people will like them.  Unless of course, they are of the anti fungi mindset, which includes many vegans I know, my own daughter being one of them.

These were an absolute success, loved by all the mushroom lovers. I had two request for the recipe and promised to have it up today. I loved the fact that people were eating them up with no complaints about the vegan cheese. I need to thank Miyoko’s  High Sierra Rustic Alpine for that!

If you are entertaining this week, I highly recommend adding these to your menu.

There were gluten-free people in our crowd so I refrained from sprinkling the top with bread crumbs, but I think it would be a great addition.

I made them ahead and baked them when it was time to serve so they would be warm. Though they were still delicious when they cooled off!

Two of the stars of this recipe are: 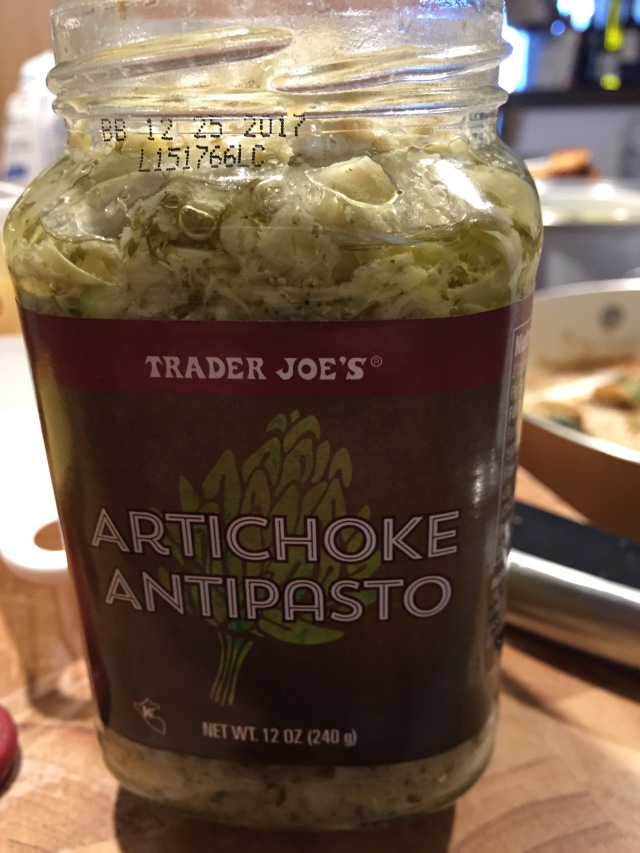 Sauté onions and seasonings from basil to salt in olive oil over medium heat until onions are translucent. Stir in spinach and cook until wilted.

Add Miyoko’s cheese and Nutritional yeast and continue to stir until cheese is melted.

Place mushrooms on a large cookie sheet. Stuff mushrooms. It is okay to over fill.