A Vegan Kids Keepsake Cookbook Made By a Kid

If you have followed Don’t Fear the Vegan for any length of time you probably know of our daughter Anzia. If you have been around for a long time you have been around to watch her grow up.  You may have even witnessed her activism with Girl Scout Cookie Sales, read some of the recipes she has created, been introduced to her pig Princess Astrid Porkbelly, seen the Green Acre’s Farm Sanctuary documentary that she helped her friend Indie with, and most recently, the rants she has made for public access television.  Anzia has been a voice for the animals since she could speak. 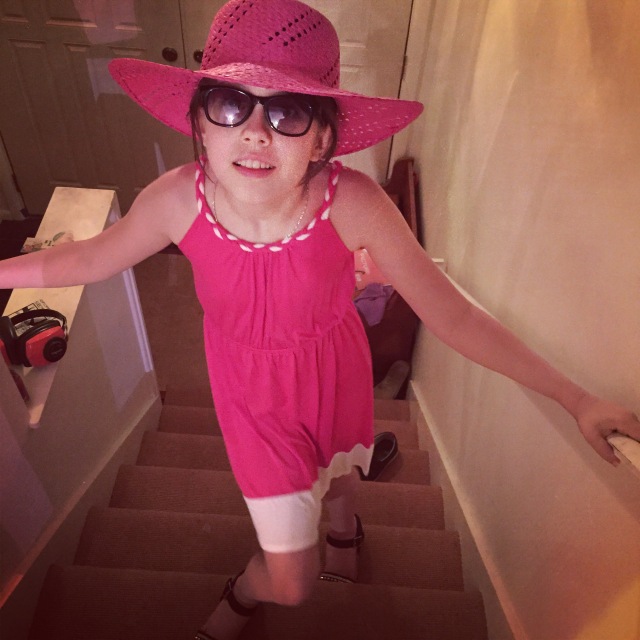 A few months ago we were discussing summer camps. She really wanted to be able to go to one she could sleep at this summer.  We decided to do a search for camps that had vegan food options.  With Portland, Oregon being so close we figure there should be at least one. We found the camp that Anzia had always dreamed of but didn’t know existed, the Youth Empowered Action Camp, in Portland, where they only serve vegan food.

As we did more reading we found it was for kids 12-17 year olds. She was heartbroken. We then realized that eleven year olds could petition to get in.  That was all she needed to hear.  We packed up our laptop and headed to our local coffee shop, The Governors Cup, to fill out the application without any distractions. When she found out she was accepted she began dancing in the crosswalk we were walking through, no concern of holding up traffic.

Well, the YEA camp was a little pricier than we had budgeted for summer camp.  We made a deal that she would raise half and that I would cut back on my coffee purchases and eating out for lunch while at work. To help she even offered to make my lunches for me. She has been working to earn money, as well as asking for money for her birthday to put it towards the camp.

Yeah, yeah, yeah…what about the cookbook?

So to help earn money Anzia came up with the idea to create and sell a cookbook especially with kid friendly recipes or shall we say her favorite recipes. Each book will be hand bound with the art of Japanese book binding.  Each section will have a color collage of the recipes included. It will also contain blank sheets in each section so that a childs favorite recipes may be added. Then when they leave the nest they will have this great keepsake to take with them. 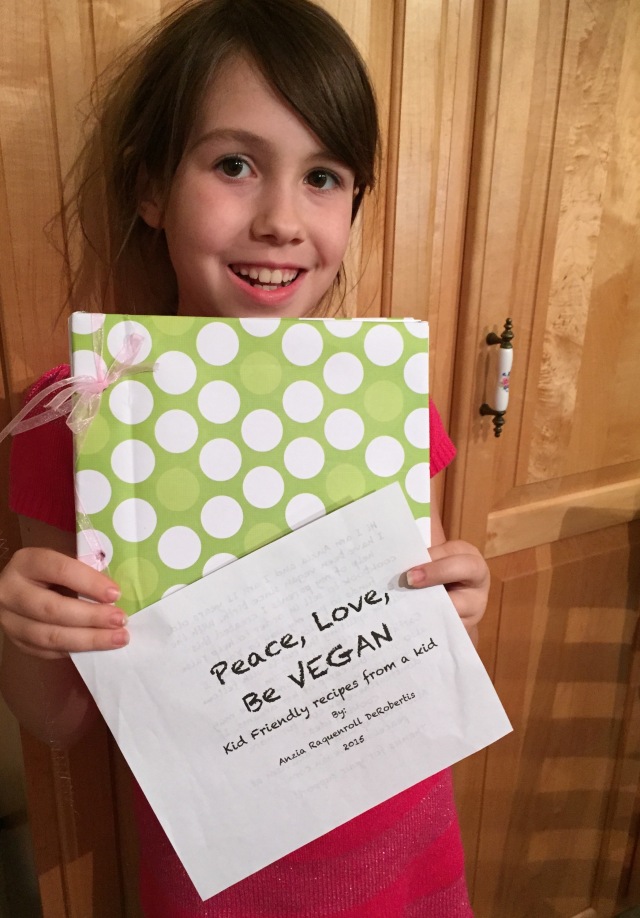 Anzia has also decided to split her profit with another young vegan activist, Lila, of Earth Peace Foundation, out of Los Angeles who is also earning money towards her dream camp.  Check out her work here.

To help support Anzia and Lila and get one of the cookbooks go to http://www.gofundme.com/vhb3vg

Thanks in advance for your support for these two young vegan activist. As Anzia would say, “Peace, Love, Be Vegan! Xo”