Posted on July 5, 2013 by dontfearthevegan 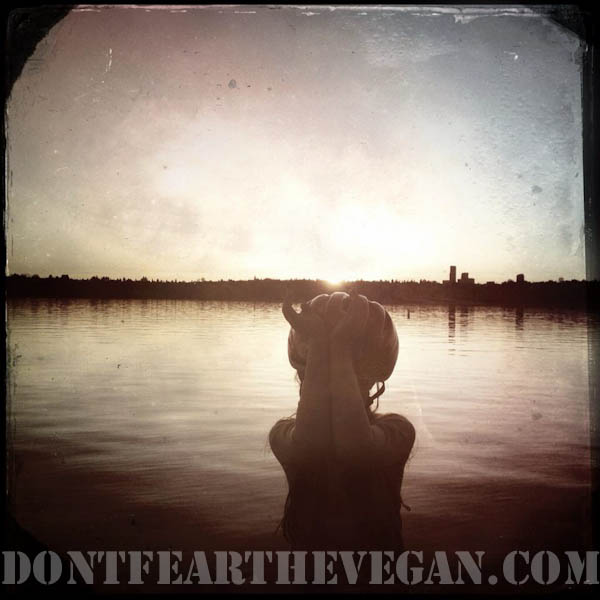 I love stories, especially others that people are willing to share with me. Everyone I have met that is vegan has a different defining moment that made them wake up and say, “Enough of this, I need to be vegan!”

Mine came the moment I found out that the dairy my daughter was getting through my breast milk was literally killing her. I was already vegetarian and was allergic to eggs, so for me it was the only logical decision. I should also admit that it wasn’t an overnight success for me and in the beginning I did view it more as a diet. The problem with diets are that everybody breaks them eventually.

The more reading I did on health, the more I stumbled onto vegan information and the animal abuse became clear, which lead the change from diet to lifestyle, which for me was huge. In the past I would see a cheese platter at a party and obsess over how badly I missed it. Now I look at a cheese platter and I only see violence and have no interest in indulging.

What was your defining moment when you knew you needed to be vegan? Was it immediate or did you have to work it out mentally? If you are attempting to go vegan what brought you to the place you are currently at?

Gallery | This entry was posted in Vegans Say What?. Bookmark the permalink.

16 Responses to Vegans Say What? The Defining Vegan Moment